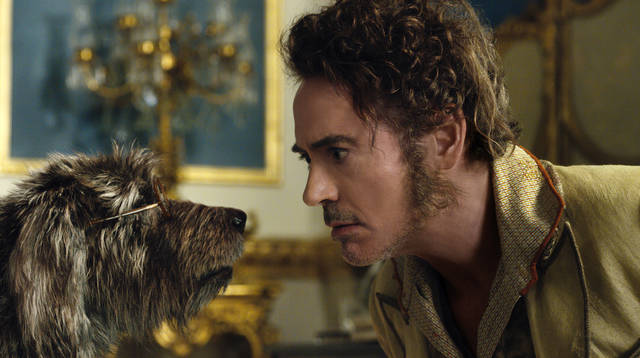 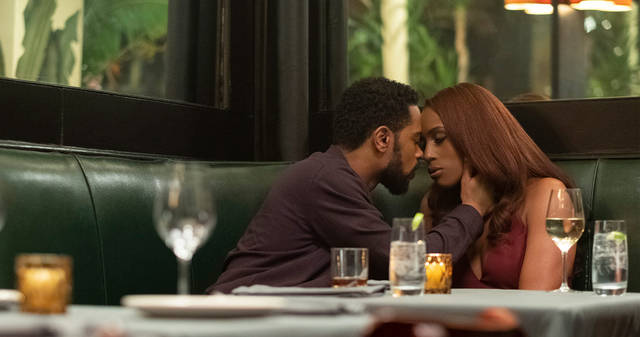 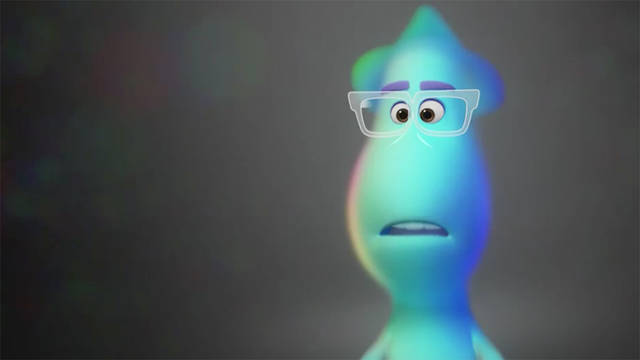 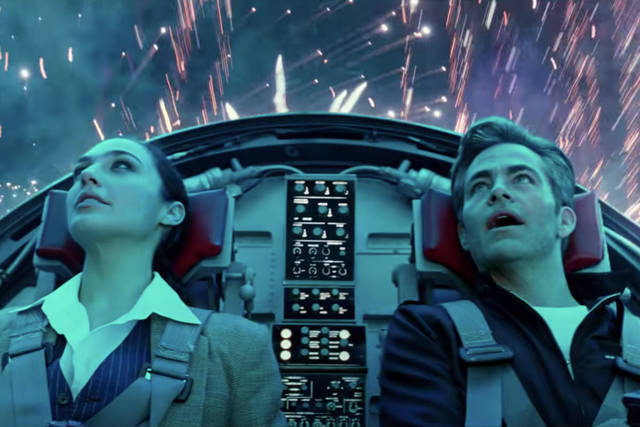 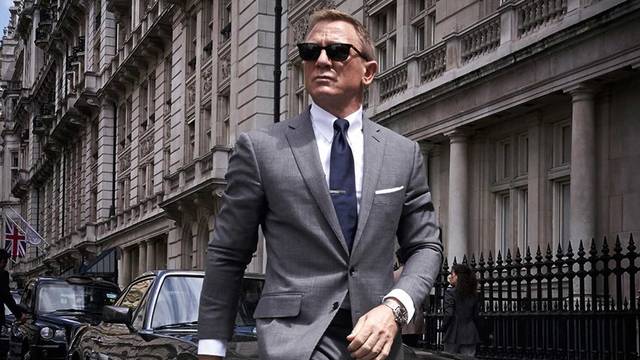 Daniel Craig is back as James Bond in ‘No Time To Die.’
Sony/MGM 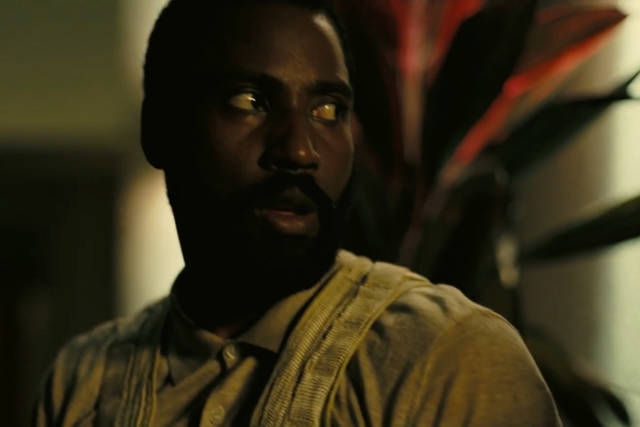 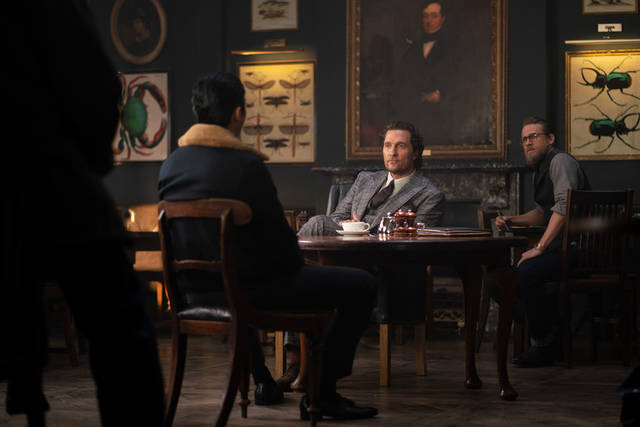 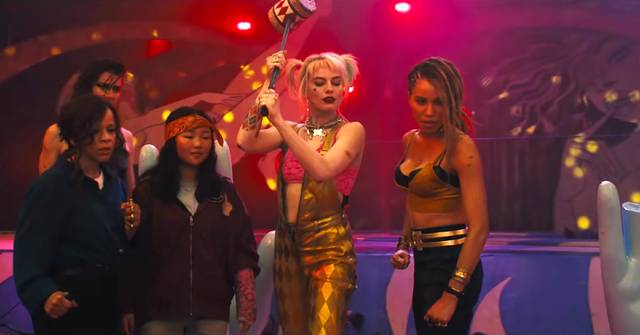 Margot Robbie reprises her role as Harley Quinn in ‘Birds of Prey (and the Fantanbulous Emanicipation of One Harley Quinn).’
Warner Bros.

A video game icon makes his big-screen debut, the Invisible Man comes back to life, and Tom Cruise flies back into the sky. These are some of the lures movie studios are using to bait people to return to the cinema in 2020. That’s A Wrap looks at some of the top movies that will be the talk of Hollywood this year.

“Dolittle” (Jan. 17): In his first post-Iron Man movie, Robert Downey Jr. takes on the famous doctor who can talk to animals. This time, audiences are treated to a 19th-century Dr. Doolittle who must trek to a mystical island to find a cure to save a young Queen Victoria.

Other January releases: Will Smith and Martin Lawrence reunite as Miami police who run without rules in “Bad Boys For Life” (Jan. 17). Writer/director Guy Ritchie returns to his British gangster genre with Matthew McConaughey, Henry Golding, Michelle Dockery and Hugh Grant in “The Gentlemen” (Jan. 24).

“Birds of Prey (and the Fantanbulous Emanicipation of One Harley Quinn)” (Feb. 7): Free of the Joker and the Suicide Squad, the colorful Harley Quinn (Margot Robbie) and her girl gang take on one of Gotham City’s baddest bad guys, Roman Sionis.

Other February releases: A speedy SEGA rodent races into theaters with “Sonic The Hedgehog” (Feb. 14). Issa Rae and Lakeith Stanfield form an unexpected romance as they relate to a rare find in “The Photograph” (Feb. 14). Will Ferrell and Julia Louis-Dreyfus face an avalanche and a family crisis in the American remake of a Swedish comedy, “Downhill” (Feb. 14). Anya Taylor-Joy stars as one of Jane Austen’s beloved heroines in “Emma” (Feb. 21). Elisabeth Moss is the center of Universal’s adaptation of H.G. Wells’ “The Invisible Man” (Feb. 28).

“Onward” (March 6): Pixar releases one of its two features this year with two elf brothers embarking on a journey to bring their dead father back to life. Chris Platt, Tom Holland and Octavia Spencer provide the voice talent.

Other March releases: Emily Blunt and family find themselves in survival mode again where silence is golden and noise brings on the scares in “A Quiet Place: Part II” (March 20). A teen’s unexpected pregnancy is the beginning of a journey to New York City in “Never Rarely Sometimes Always” (March 13). Disney’s latest live-action adaptation travels to China where a princess becomes a warrior to defend her kingdom in “Mulan” (March 28).

“No Time to Die” (April 10): Daniel Craig plays James Bond for the last time, and Cary Joji Fukunaga is the first non-British director in the franchise. This time, Bond’s break from service is short-lived when the CIA asks for help.

Other April releases: Meet the latest superheroes at Xavier Institute, home of the X-Men in “The New Mutants” (April 3). Slavery and the Civil War come back to haunt the modern day in “Antebellum” (April 24).

“Black Widow” (May 1): Before she was an Avenger, Natasha Romanoff (Scarlett Johansson) was just a Russian spy. Now meet her family in her first solo movie.

Other May releases: Can Elle Woods still bend, snap and fight the system? Find out with “Legally Blonde 3” (May 8). The ninth “Fast & Furious” feature will ride into theaters with Vin Diesel and Michelle Rodriquez on May 22. Amy Adams plays an agoraphobe who suspects her new friend has been murdered in “The Woman in the Window” (May 15).

“Wonder Woman 1984” (June 5): After taking on World War I, Wonder Woman (Gal Gadot) lands in the 1980s where she encounters shopping malls, acid-wash jeans and The Cheetah (Kristen Wiig).

Other June releases: Tom Cruise feels the need for speed again in “Top Gun: Maverick” (June 26). Lin-Manuel Miranda’s Broadway musical “In the Heights” gets the big-screen treatment thanks to Jon M. Chu (June 26). Jamie Foxx and Tina Fey lend their voices to Pixar’s “Soul,” from the team of “Inside Out” (June 19). Nia DaCosta revives the horror cult classic “Candyman” (June 12).

Other July releases: Dwayne Johnson and Emily Blunt bring a Disney ride to life in “Jungle Cruise” (July 24). Director Jason Reitman returns an 1980s favorite to its bedrock with “Ghostbusters: Afterlife” (July 10). Ryan Reynolds is the background character in a video game who must now save the world in “Free Guy” (July 3).

“Bill & Ted Face The Music” (Aug. 21): Keanu Reeves and Alex Winter return as their slacker characters of the 1980s and ’90s re tasked to make a song to save humanity. Their kids, friends and rock legends are on hand to help out

Other August releases: Ryan Reynolds, Samuel L. Jackson, and Salma Hayek reteam for “The Hitman’s Wife’s Bodyguard” (Aug. 28). Other films include “Escape Room 2,” “Nobody” and “Infinite.”

“Last Night in Soho” (Sept. 25): Writer/director Edgar Wright returns to horror with Matt Smith, Any Taylor-Joy and Terence Stamp in a psychological thriller.

Other September releases: Patrick Wilson and Vera Farmiga are the Warrens again as the husband-and-wife spirit hunters in “The Conjuring: The Devil Made Me Do It” (Sept. 11). The prequel to the hit HBO series “The Sopranos” lands in theaters with the 1960s-set “The Many Saints of Newark,” with the late James Gandolfini’s son Michael as the young Tony Soprano.

“Halloween Kills” (Oct. 16): Jamie Lee Curtis faces off with Michael Myers in the sequel to the “Halloween” reboot.

Other October releases: Hercule Poirot must solve another murder mystery in “Death on the Nile” (Oct. 9). Jennifer Hudson channels the Queen of Soul Aretha Franklin in “Respect” (Oct. 9). Roald Dahl’s classic tale of a 7-year-old boy who meets real-life sorceresses is introduced to new audiences in “The Witches” with Anne Hatthaway, Octavia Spencer and Stanley Tucci (Oct. 9).’

“Dune” (Nov. 20): One of the most challenging sci-fi tales to adapt to the screen stars, Oscar Isaac, Dave Bautista, Timothee Chalamet and Zendaya. A substance that extends human existence can only be found on a desert planet and is the source of a widespread power struggle.

Other November releases: Two movie giants go to battle in “Godzilla vs. Kong” (Nov. 20). A collectie of immortal beings heads Marvel’s fall entry in “The Eternals” (Nov. 6). A biopic on the father of tennis powerhouses Venus and Serena Williams stars Will Smith as “King Richard” (Nov. 25).