PLAINS TWP. — Sunday marked 15 years since the grand opening of casino gaming operations at the Mohegan Sun Pocono, and the venue rang in that anniversary with a visit from Godsmack lead singer Sully Erna on Saturday night.

Erna, a four-time Grammy nominee who’s put out two solo albums in addition to his work with Godsmack, played an hourlong set on stage at Breakers, consisting of his solo work, hits from Godsmack and a few covers of some of rock music’s biggest hits that had the capacity crowd roaring all night.

“I haven’t done this in way too long,” Erna said at one point during his set, reflecting a COVID-induced break from live music that stretched back almost two years. “Thank you all so much for coming out.”

It was clear right from the start how much Erna missed performing in front of a crowd; with guitarist Chris Lester backing him up, Erna sounded as good as ever on vocals, on guitar and even doing a little bit of keyboard playing.

Even on just 24 hours worth of advance notice (the Mohegan Sun officially announced the show on Friday afternoon via their Facebook page), Breakers was packed with fans looking for the live entertainment that the bar has become famous for since opening inside the casino.

At 8 p.m., the night’s first act took the stage. Local musician and Breakers staple Ken Norton took the stage to open for Sully, and he set the tone of the evening wonderfully.

Norton, who performed later on in the evening with his band, Ken Norton and the Fuchery, knocked out hit after hit, taking on songs like “Baba O’Riley” and “Santeria” with his dazzling vocals on full display.

He played for just under an hour before ceding the stage to Erna, who emerged to a thunderous ovation from the crowd.

Ever a showman, Erna played to the crowd and kept the entertainment at a high all night, joking multiple times that he “may not remember how to do this one” before launching into another song, pulled mainly from his two solo albums.

Godsmack fans were treated to a rendition of the band’s hit “Runnin’ Blind,” and Erna worked a number of covers into the set, saying that he enjoyed doing covers at smaller shows because he didn’t get to perform them as often.

Among them were Oasis’s “Champagne Supernova,” “Hotel California” – featuring vocals and killer guitar work from Lester – and show closer “Nothing Else Matters” from Metallica.

About halfway through his performance, Erna dropped a bit of breaking news for the Godsmack fans in attendance.

Artwork of Ryan Ward on display at Circle Centre

RiverVibes concert to be held at the Cooperage 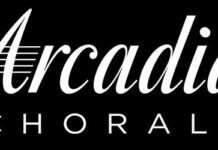