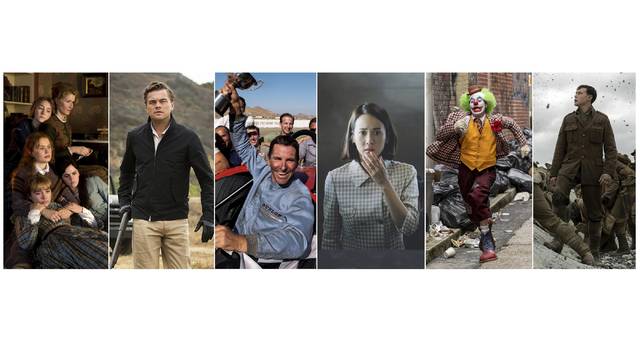 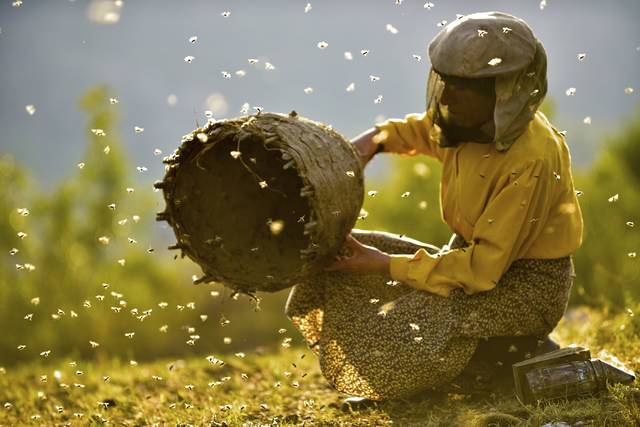 This image released by Neon shows Hatidze Muratova in a scene from ‘Honeyland,’ nominated for an Oscar for best documentary and best international feature film. If you answered mostly As to the That’s A Wrap quiz, you should watch this film on Hulu. - Neon via AP

Pop quiz, hotshot! Take this That’s A Wrap test to see how well prepared you are for Oscar Sunday.

2. How many films are nominated for best picture this year?

3. Who is this year’s host for the Oscars?

4. In the last 20 years, how long is the average Academy Awards telecast?

d) That’s way past my bedtime.

5. Which actress who has never won an Oscar deserves one?

If you answered mostly As

Congratulations! You are ready to watch the Academy Awards. You have most likely seen more than half of the best picture nominees and are planning a watch party at your house. If you are the type who must watch all the nominated films — even the short ones — you may enjoy a day of streaming some of the documentaries are available for streaming.

“For Sama,” on the crisis in Syria, is on Amazon Prime, “The Edge of Democracy” and “American Factory” are on Netflix and double nominee “Honeyland,” featuring a female beekeeper in North Macedonia, is streaming on Hulu.

You can also travel to Cinemark 20 and XD in Moosic to see the Oscar Shorts program this weekend to see the live-action and animated shorts.

If you answered mostly Bs

You are pretty close to knowing what’s going on with the Oscars. Some of the best picture nominees seem appealing but you haven’t seen most of them. Plus, you may not have kept an eye on the recent changes and gossip surrounding this year’s field.

Luckily, Cinemark 20 has you covered. Now through Sunday, you can purchase a $35 badge for Oscar Movie Week 2020 to see seven of the best picture nominees and the shorts program. Plus, you can get 50% off any size popcorn if you have the badge and 10 bonus rewards points if you are a Movie Club Member.

Netflix titles “The Irishman” and “Marriage Story” are streaming on that platform and are not part of the deal.

If you answered mostly Cs

You are a classic Oscars fan. You long for the days where Whoopi Goldberg, Steve Martin and Bob Hope had hosting duties and you lived for the dance numbers and montages. Maybe this year’s batch of nominees don’t appeal to you, but you may have seen some of the performances.

There’s no rush to see any of them. If you want to enjoy a casual day with Oscar, watch some of the best nominated performances and winners with Turner Classic Movies’ 31 Days of Oscar series throughout the month of February and early March. The Dietrich Theater in Tunkhannock will feature seven films that scored nominations during its winter festival Feb. 21 to March 12.

If you answered mostly Ds

The Oscars may seem like a snoozefest. None of your favorites get nominated for anything beyond visual effects and sound editing, and you never even heard of most of the films up for best picture.

Don’t worry. This year’s acting field looks as though some of the industry’s most popular actors, actresses and genres will win prize. “Joker” could break through the comic book curse and pick up several trophies on Oscar night. You may even like this year’s ceremony.