That’s A Wrap: Academy goes wild for ‘Joker,’ not crazy about women 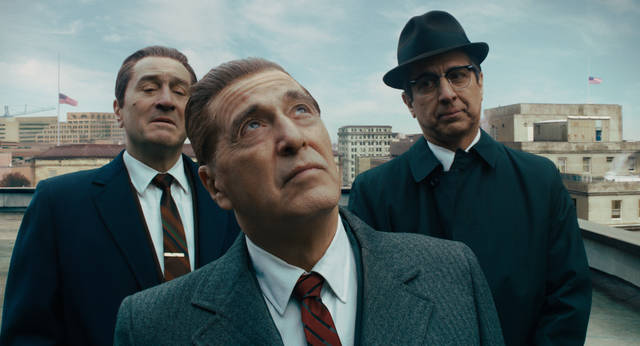 From left, Robert De Niro, Al Pacino and Ray Romano in a scene from ‘The Irishman.’ Pacino was nominated for an Oscar for best supporting actor for his role in the film.
Netflix via AP 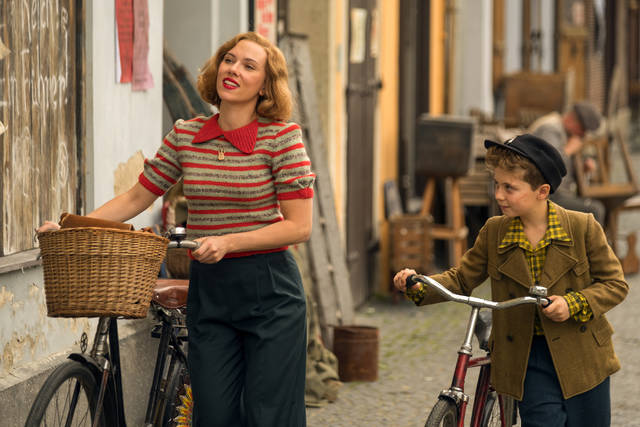 Scarlett Johansson, left, and Roman Griffin Davis in a scene from the World War II satirical film ‘Jojo Rabbit.’ Johansson was nominated for an Oscar for best supporting actress for her role in the film and for best actress for ‘Marriage Story.’
Larry Horricks | Fox Searchlight Pictures via AP 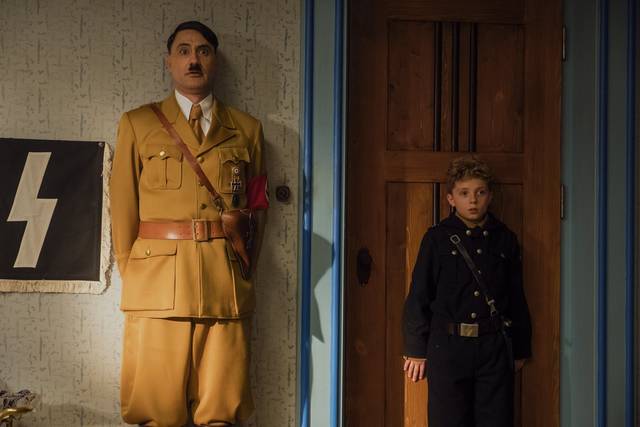 Taika Waititi, left, and Roman Griffin Davis in a scene from ‘Jojo Rabbit.’ The film was nominated for an Oscar for best picture.
Fox Searchlight Pictures via AP 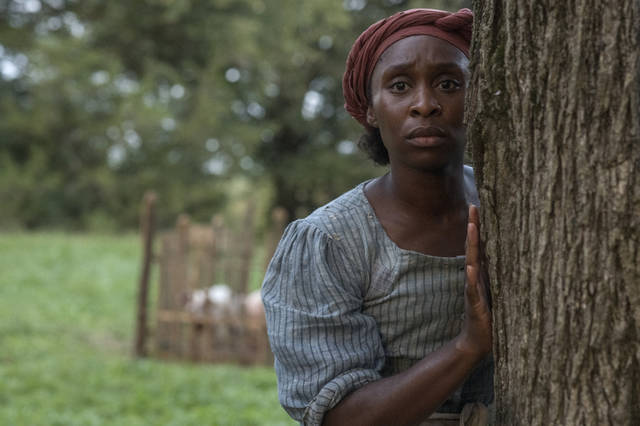 This image released by Focus Features shows Cynthia Erivo as Harriet Tubman in a scene from ‘Harriet.’ Erivo was nominated for an Oscar for best actress for her role in the film and for best original song.
Glen Wilson | Focus Features via AP 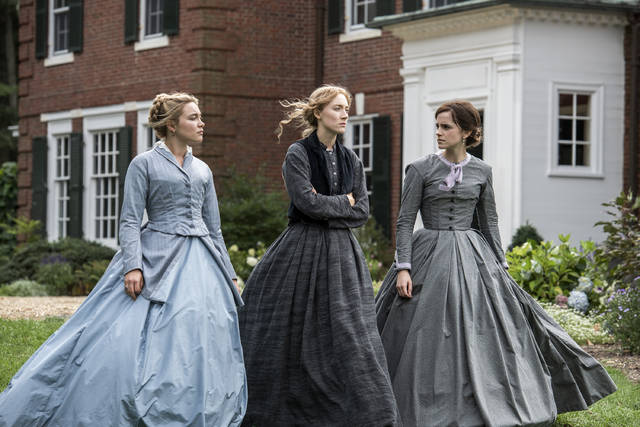 From left, Florence Pugh, Saoirse Ronan and Emma Watson in a scene from ‘Little Women.’ Ronan was nominated for an Oscar for best actress for her role in the film, and Pugh was nominated for best supporting actress.
Wilson Webb | Sony Pictures via AP

Dean-Charles Chapman, left, and George MacKay in a scene from ‘1917,’ directed by Sam Mendes. The film was nominated for best picture.
François Duhamel | Universal Pictures via AP 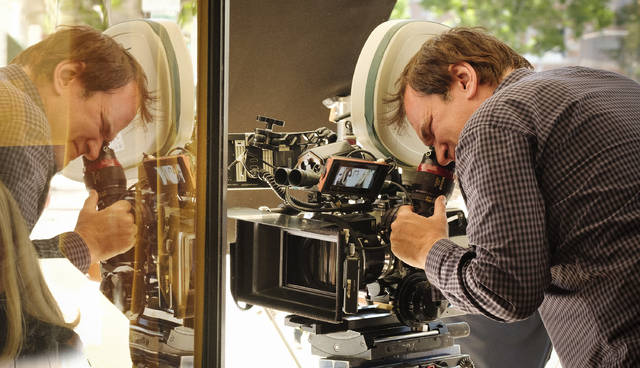 Director Quentin Tarantino during the filming of ‘Once Upon a Time in Hollywood.’ Tarantino was nominated for an Oscar for best director for his work on the film.
Andrew Cooper | Sony via AP 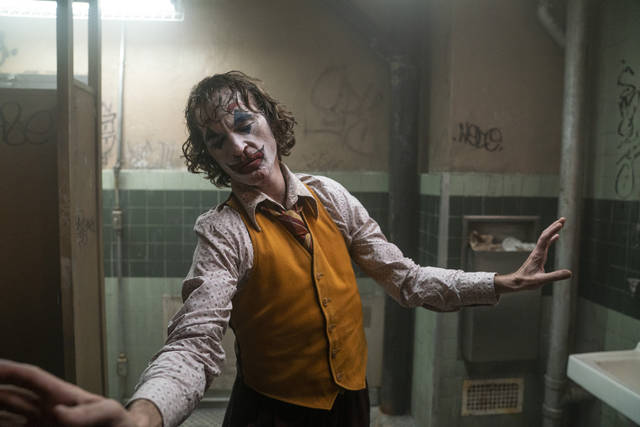 Joaquin Phoenix in a scene from ‘Joker.’ On Monday, the film was nominated for an Oscar for best picture.
Niko Tavernise | Warner Bros. Pictures via AP

Editor’s Note: This column introduces the start of Gold Trot, a series on the Academy Awards until the Feb. 9 telecast.

Monday morning was a good one for Warner Bros. And Netflix as “Joker” and “The Irishman” were the top nominated films for the 92nd Academy Awards. “Joker” leads the field with 11 nominations, including best picture, best actor for Joaquin Phoenix and best director for Todd Phillips. After a shortened awards season, Monday’s announcement brought out several surprises and snubs following 2019 releases.

For the first time, the streaming giant has the most number of nominations with 24. “The Irishman,” with links to Northeastern Pennsylvania, earned 10 nods, including best picture, best director for Martin Scorsese and two best supporting actors for Al Pacino as union president Jimmy Hoffa and Joe Pesci as NEPA’s own Russell Bufalino. Despite uproars from theater franchises over the short theatrical release before streaming during Thanksgiving week, Academy members showed their love for the true story of a mafia hit man who claimed to have killed Hoffa. Other Netflix films receiving nominations include “Marriage Story,” “American Factory,” “I Lost My Body,” “Klaus” and “The Two Popes.”

While The House of Mouse earned 23 nominations Monday, Disney got those numbers thanks to acquiring Fox. Best picture nominees “Jojo Rabbit” and “Ford v Ferrari” are from Fox Searchlight and 20th Century Fox, respectively. Disney’s “Star Wars: The Rise of Skywalker” collected nods in the expected categories like best score for John Williams, visual effects and sound editing. However, in one category that it previously dominated, Disney got two animated nominations: one in feature for “Toy Story 4” and one in short for “Kitbull.”

Meanwhile, Sony made a comeback thanks to Quentin Tarantino’s “Once Upon A Time … In Hollywood.” Sony scored 20 nominations, with 10 from Tarantino’s first pairing with the company. Last year, Sony only earned five nods, according to the Hollywood Reporter. Had Tarantino continued to work with Harvey Weinstein, Miramax and The Weinstein Co. as he had in years past, Disney would have been the top nominated studio.

While 2019 had more female-directed features in the top 100 performing films and more among the top scoring films according to Rotten Tomatoes, no women were nominated for best director. That includes Greta Gerwig, whose film “Little Women” earned six nominations, including best picture. While Gerwig is nominated for best adapted screenplay, most other acclaimed female-led films were ignored. This included “Hustlers” with Jennifer Lopez failing to get a best supporting actress nomination. Lopez, an early favorite to win an Oscar when the true-story comedy debuted at the Toronto International Film Festival last September, had been nominated for every early awards ceremony this season. Writer/director Lulu Wang was also ignored for her Sundance hit “The Farewell” and Golden Globe winner Awkwafina was left out of the best actress field. Other shutouts included Joanna Hogg’s “The Farewell” and Olivia Wilde’s “Booksmart.”

Other favorites not invited

While Robert De Niro was front and center in “The Irishman,” his role as lead actor was ignored by the Academy. At least he has a producer nomination. Others who have been in the awards circle this season but didn’t make it to the Oscar finish line included Lupita Nyong’o for lead actress in “Us,” Christian Bale for lead actor for “Ford v Ferrari,” Adam Sandler and the Safdie Brothers for “Uncut Gems,” Jamie Foxx for supporting actor for “Just Mercy,” Eddie Murphy and costume designer Ruth Carter for “Dolemite Is My Name,” and Taron Egerton for best actor for “Rocketman.” “Knives Out” didn’t make it to best picture, and animated favorite “Frozen II” and CNN documentary “Apollo 11” were not up for their categories’ top prize. And somehow, the Academy said no again to Beyonce, this time not nominating her original song for “The Lion King.”