That’s A Wrap: Netflix’s ‘The Laundromat,’ ‘Dolemite Is My Name’ are high-profile movies to stream 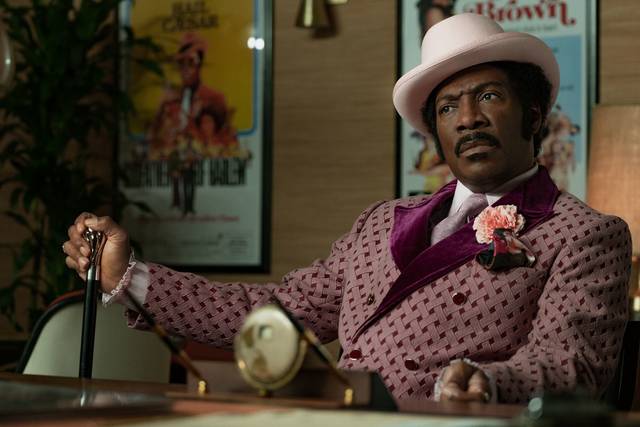 Eddie Murphy stars as Rudy Ray Moore in ‘Dolemite Is My Name.’
Netflix 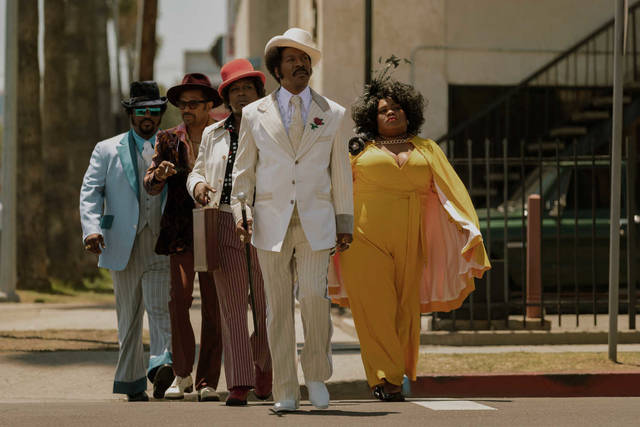 From left, Craig Robinson, Mike Epps, Titus Burgess, Eddie Murphy and Da’Vine Joy Randolph appear in ‘Dolemite Is My Name.’ The movie about the making of the blaxploitation classic is streaming on Netflix.
Netflix 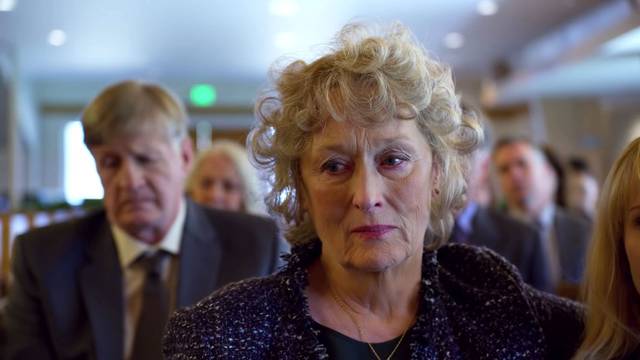 Meryl Streep stars in ‘The Laundromat.’ The Steven Soderbergh-directed film is streaming on Netflix.
Netflix 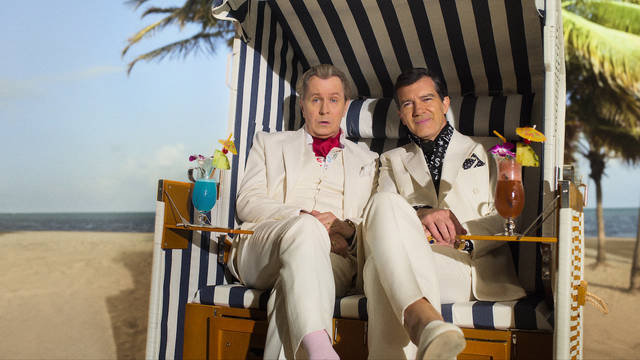 Gary Oldman, left, and Antonio Banderas star in ‘The Laundromat.’ The Steven Soderbergh-directed film is streaming on Netflix.
Netflix

Two films that made waves at this year’s Toronto International Film Festival in September are currently streaming on Netflix, and although there was a heavy emphasis to watch them on the big screen, they had the feeling that they belong in the comfort of one’s home. This week’s That’s A Wrap takes a dive into the queue to critique “The Laundromat” and “Dolemite Is My Name.”

Director Steven Soderbergh puts a bookend to his 2019 output with “The Laundromat,” after releasing the highly praised “High Flying Birdy” back in February. For his second Netflix movie, Soderbergh rounds up an all-star lineup with Meryl Streep, Gary Oldman, Antonio Banderas, Jeffrey Wright and Sharon Stone.

Based on the release of the so-called “Panama Papers,” The Laundromat” follows the convoluted criminal path of Panama City lawyers Jürgen Mossack (Oldman) and Ramón Fonseca (Antonio Banderas) as they shuffle businesses, investments and fortunes across the seas. Instead of focusing on the big names that were exposed when the documents were leaked in 2016, the story looks at the regular mortals who had their insurance policies and trust funds wrapped into the lawyers’ scheme. These people include Ellen Martin (Streep), who lost her husband in a tragic accident and is looking to collect from the insurance policy that claims fault. Instead, she and others stumble upon a web of shell companies and unscrupulous business practices.

Exposing financial corruption is nothing new to Soderbergh, particularly when his filmography includes “The Girlfriend Experience,” “High-Flying Bird” and “The Informant!” However, he took a different approach by creating vignettes out of the figures that played a role in the Mossack/Fonseca scandal instead of focusing on one side of the situation. Instead, Oldman and Banderas are the narrators in this twisted story, and Streep is the tragic heroine. Side stories featuring Wright, Nonso Anozie, Will Forte, and Matthias Schoenaerts show how far reaching the scandal is, but they make the movie more complicated. Don’t blink or you will miss a scene where one character is introduced and the next second that person is gone.

Soderbergh also lathers up the disgust and drama by bubbling up tax law, tax evasion and government corruption every 10 minutes. Unless you’re a small business owner or a tax attorney, these mini Economics 101 lessons aren’t entertaining. Soderbergh is trying to boost his “Ocean’s Eleven” formula with color-boosting action of an Adam McKay film. And by action, that would be shots of boring, smarter-than-you dialogue.

The biggest surprise is Streep. While she may be one of the greatest actors ever to appear on screen, it was hard to imagine that she would jump head first into a Netflix movie. Her first pairing with Soderbergh is dynamite as she plans an elderly woman who has the rug snatched from under her. Too bad the movie itself is a dud, but they’re already working together on another one. Let’s hope the future film is better and not part of a shell game Netflix and Soderbergh have given home viewers.

‘Dolemite Is My Name’

Cue folktale voice: He was one of the best stand-up comics America has ever known. When he moved to movies, the audiences were laughing and screaming at his acting. But then Disney and family fare grabbed a hold to him and he was never the same again. That was until he stepped into the polyester threads of his forefathers in what could be his comeback vehicle. His name is Eddie Murphy and “Dolemite Is His Name” may be a turning point in the right direction.

Murphy returns to the style of comedy he does best in this dramedy about the making of the 1975 blaxploitation flick “Dolemite.”

As Rudy Ray Moore, Murphy personifies the one-man hit machine: a singer, a dancer, a record store salesman and stand-up comic who just wants his voice and image to be known everywhere. With the help of his friends Jimmy (Mike Epps), Ben (Craig Robinson) and Toney (Tituss Burgess) and the old tales that are echoed in every alley, Rudy releases the first of his many raunchy comedy albums that become hits. But being on vinyl is not enough for Rudy. He wants to see himself and others like himself and his friends on the big screen. With a do-it-yourself approach, Rudy recruits established actor D’Urville Martin (Wesley Snipes) to direct and play a small role and newcomer Lady Reed (Da’Vine Joy Randolph) to join him.

Making a movie is not a smooth process since the cast and crew hadn’t made one before. Like “The Laundromat,” “Dolemite Is My Name” swerves into the technical lane in some parts, thanks to the screenwriting team of Scott Alexander and Larry Karaszewski. This is the same team that wrote “Ed Wood” for Tim Burton about the eccentric filmmaker behind “Planet 9 From Outer Space.” There are many direct references to specific film studios, like American International which was backing several blaxploitation movies, shooting techniques and cinematic history. There may be a few people would get the “Billy Jack” reference mentioned late in the film, but it’s not paraded to the degree that the Delaware Loophole is in “The Laundromat.”

However, the script delicately weaves in the real-life “Moore-isms” into the dialogue that will have Dolemite clapping. Murphy’s delivery helps as well, although his voice is a pitch higher than Moore’s, and he also has Moore’s facial expressions done well. Costume designer Ruth E. Carter’s work in bringing back the 1970s is on point, and director Craig Brewer keeps a good balance between Murphy and his equally talented supporting cast.

As much as “Dolemite Is My Name” is a comeback movie and passion project for Murphy, it is the best vehicle for Snipes. After serving time in prison for tax evasion, Snipes’ roles have been forgettable until he became Martin. Playing the arrogant actor/director who sits in the clouds above the production works for him, and whoever thought it was a good idea for Snipes to employ props throughout his screentime is a genius. Randolph also shines in her role as a comic Moore discovers and casts in the film. Her presence is grounding in an environment full of men trying to one-up each other.

While “Dolemite Is My Name” is a good movie, it lacks the urgency to be taken seriously. It has great rewatchability, but it also has several reminders that it’s a Netflix movie. Appearances by Burgess, Chris Rock and Bob Odenkirk tip the scales in that direction. In terms of accessibility, it’s like a quality HBO film, but not a full-fledged Hollywood film. However, it’s the most entertaining “How did they make that?” movie to be released in years.